Nelson Mandela's Servant Leadership: What We Can Learn from Him

Nelson Mandela’s name was filling the world’s airways 6 years ago this week—in eulogy, analysis, and praise. The anniversary of his passing leaves me marveling at how powerful his example was. Through his life and after his death, the Nelson Mandela servant leadership legacy lives on, inspiring widespread agreement on his positive contribution.

The unanimity surrounding Nelson Mandela’s life and legacy is as inspiring as it is instructive for leaders the world over.

What’s at the heart of this legacy? And what can we learn from it?

Why We Agree about Nelson Mandela

Just typing the word “unanimity” made me smile and shake my head. What an unusual word that is in a world like ours!

These days, division is too often the norm. In politics and beyond, it seems that rather than seeking understanding, opposing sides are determined to avoid agreement. Dig in the heels. Cue the gridlock. Turn up the nasty recriminations. Result: nothing gets done, and discord grows.

Is this service? Not so much. Leadership? Not by any standard I’ve ever seen.

But then, we remember Nelson Mandela. We remember his servant leadership. And suddenly, we can agree on something. Even after his death, Mandela seems to inspire harmony rather than discord.

Excellent leadership examples like this are valuable not only to students of history, but also to those who wish to grow themselves. So they’re worth digging into a bit.

We think we’ve got strongly opposed sides and big disagreement in the US? No argument there, but it’s nothing compared to the racial divide in South Africa when Mandela took over as leader.

So how did he do it? How did he spur so much positive change and become an international symbol for justice and leadership?

No. He did none of this. In fact, in his speeches, he referred to himself as the peoples’ servant.

Think of that. Mandela didn’t remind anyone that he won the election. He didn’t focus his discourse on reinforcing his position of power. He described himself as a servant.

But he knew that a servant’s heart would serve the people best, and so he led with that. He made servanthood a driving force in his life, leadership, and legacy.

And he changed the world.

Mandela’s attitude of service wasn’t new. But it sure was rare. And it still is—more so every day, in fact.

Other great leaders in history have seen themselves as servants and achieved powerful results because of this attitude.

A few familiar names among those rare ranks:

Max De Pree, Fortune 500 CEO and founder of the Max De Pree Center for Leadership, said it this way:

“The first responsibility of a leader is to define reality. The last is to say thank you. In between, the leader is a servant.”

On the money! I love to think about De Pree’s leadership plan in chronological order:

Hmm. No step that involves proving yourself right or taking down the competitor or…you name it. The next time you start thinking it’s good to be the boss—or feel your nose turning up a bit when you mention your own title—remember Nelson Mandela and the servant leaders whose rare breed of greatness he embodied.

More than any other single characteristic, it was his attitude of service that helped to change the world.

This is the very attitude that separates effective managers from great leaders.

You can win the management position, grab the title, get elected to high office. These are nice accomplishments. But all they provide is an opportunity: the chance to lead.

Leadership does not arrive when the title arrives, and a title does not determine leadership. Plenty of people out there mange large teams and aren’t really leading anyone at all.

And plenty of other folks are serving as leaders in world-changing ways, even without a single person reporting to them.

Only the people around you can give you the mantle of leadership. And they choose servants. 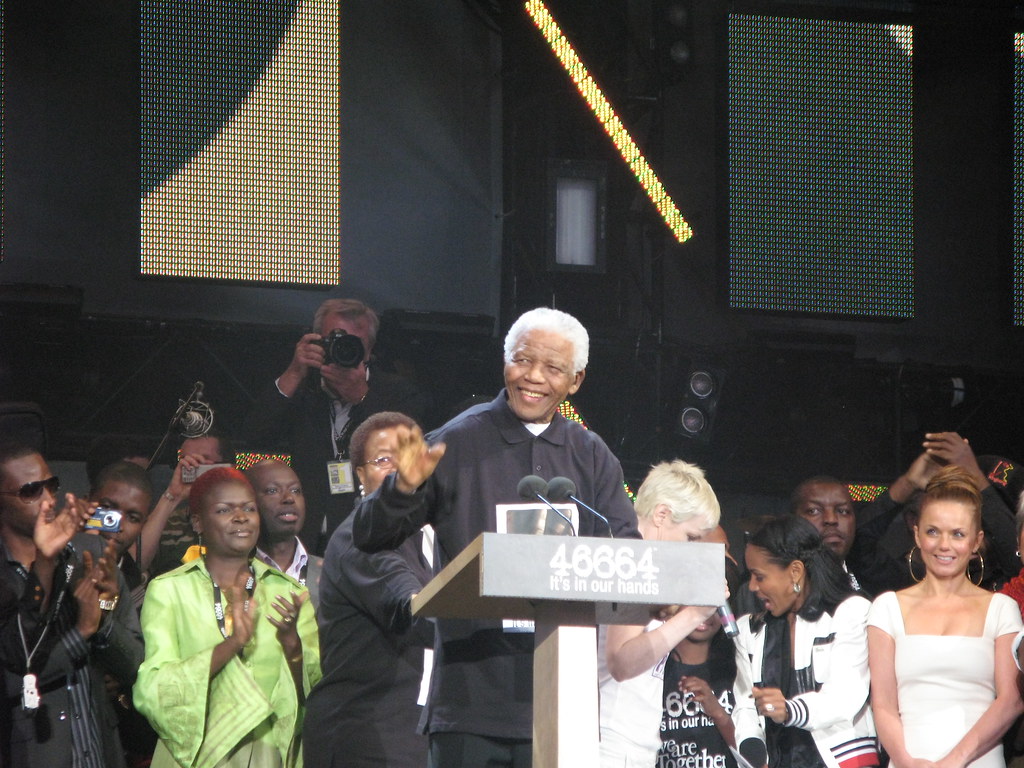 Nelson Mandela Servant Leadership : a Note on the Post